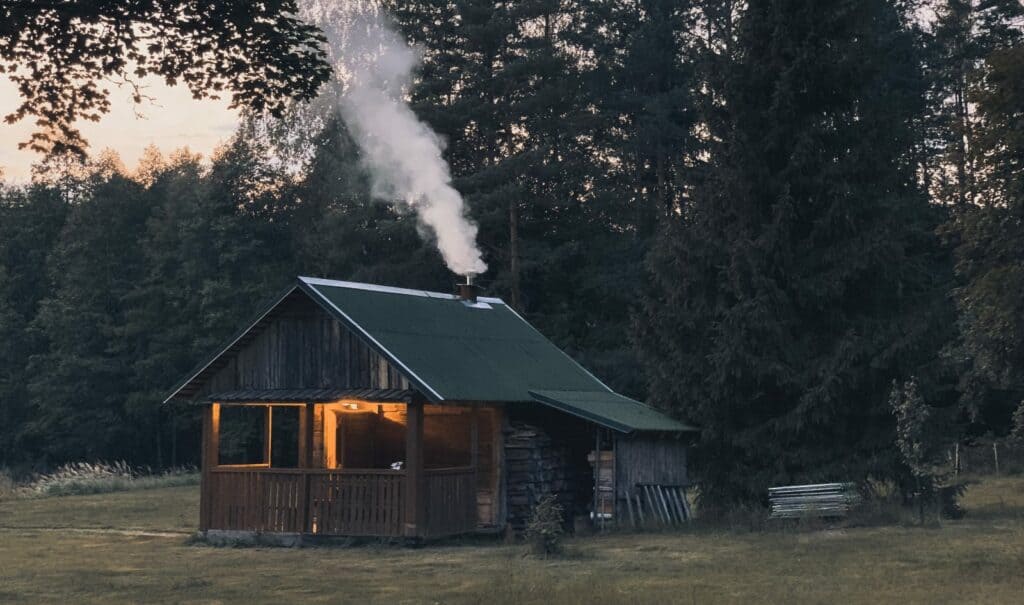 I was late to the game with Where the Crawdads Sing. I ignored all the hype because it seemed too much like easy airport reading, but decided to give it a read when I was facing burnout... and really enjoyed it.

Where the Crawdads Sing turned out to belong to a book category I've adored in the last few years – novels about introspective women retreating into nature. For this post, I've thought about other novels with similar vibes.

Here are some books like Where the Crawdads Sing that are also about nature, wild spaces, and embracing both your uniqueness and solitude.

"Slowly, she unraveled each word of the sentence: ‘There are some who can live without wild things, and some who cannot.’”

Where the Crawdads Sing

1. Where the Forest Meets the Stars by Glendy Vanderah

Like Where the Crawdads Sing, Glendy Vanderah's Where the Forest Meets the Stars is about a young woman who adores nature and has an encyclopedic knowledge of it. After losing her mother and battling breast cancer, Joanna Teale returns to her graduate research on nesting birds in rural Illinois, living alone in a cabin in the woods.

Determined to prove that her hardships have not broken her, Joanna throws herself into her work until her solitary routine is disrupted by the appearance of a mysterious child who shows up at her cabin barefoot and covered in bruises. Even more mysteriously as the novel unfolds, the child shows Joanna how to love again in this gentle story of companionship, trust, and wild beauty.

Glendy Vanderah also published (in April 2021) The Light Through the Leaves – another beautiful novel of love, loss, and self-discovery that similarly shows love for time alone in the wilderness.

"The dawn chorus was a whistling roar by now, the sound of a thousand males calling out love to a thousand silent females ready to choose and make the world new."

Prodigal Summer is one of my all-time favourite books. Rather than having any big plot points or revelations, it's a novel about life – and the slow unwinding of a summer. This sets it apart from the "whodunnit" storyline of Where the Crawdads Sing.

That said, it's a beautiful story of self-sufficient women living life their way in nature, in this case the Appalachian mountains, which overlaps with the nature-loving protagonist of Delia Owens' novel, Kya Clark.

3. The Middle of Somewhere by Sonya Yoerg

The Middle of Somewhere was another book I read during burnout. It's easy to read in a weekend and offers a welcome change of scenery – the John Muir Trail in California's Sierra Nevada mountain range.

Weighed down by emotional baggage as much as her backpack, widowed Liz Kroft heads deep into the wilderness for the solitude she craves. That solitude is interrupted when her boyfriend, Dante, decides to tag along, but as two strange brothers appear on the trail, it's not long until she's glad of the protective companionship.

4. The Great Alone by Kristin Hannah

“... home was not just a cabin in a deep woods that overlooked a placid cove. Home was a state of mind, the peace that came from being who you were and living an honest life.”

The Great Alone is one of the most frequently recommended books for readers who loved Where the Crawdads Sing and has a similarly impressive reputation.

In this bestseller, Kristin Hannah tells the story of a desperate family seeking a new beginning in the isolated Alaskan wilderness, only to find that their unpredictable environment is less threatening than the behavior of people within it.

5. Wild: A Journey From Lost to Found by Cheryl Strayed

"It had only to do with how it felt to be in the wild. With what it was like to walk for miles for no reason other than to witness the accumulation of trees and meadows, mountains and deserts, streams and rocks, rivers and grasses, sunrises and sunsets. The experience was powerful and fundamental. It seemed to me that it had always felt like this to be a human in the wild, and as long as the wild existed it would always feel this way."

Wild: A Journey From Lost to Found

How can I not mention Wild? Cheryl Strayed's memoir of her time hiking the Pacific Crest Trail to come to terms with life and loss is essential reading if you love spending time in nature alone.

6. All the Ugly and Wonderful Things by Bryn Greenwood

All the Ugly and Wonderful Things is a beautiful and provocative love story between two unlikely people. With time, their relationship elevates them above their lives in the Midwest: as the daughter of a drug dealer and a tattooed ex-con with a heart of gold.

Over on Reddit, abcmama89 writes, "one of my all time favorite books, started rereading for at least the 3rd time on Monday and just hit page 300. I will finish this today, had to put it down because I am crying at work."

Circe was another book I ignored the memo on, finally read, and have since recommended to everyone. After unleashing magic that she never believed she could be capable of, Circe, the daughter of Helios, is banished to the island of Aiaia.

Rather than acting as her prison, Aiaia provides her sanctuary. Circe’s days become focused on honing the art of pharmaka – the magic of herbs – as she forages, picks, blends, brews, and experiments with what she finds. Her island makes for the perfect retreat for us as reader, too. If you loved reading Circe, here are 7 similar books about nature and mythology.

8. Into the Wild by Jon Krakauer

"Don't settle down and sit in one place. Move around, be nomadic, make each day a new horizon. You are still going to live a long time, Ron, and it would be a shame if you did not take the opportunity to revolutionize your life and move into an entirely new realm of experience."

Into the Wild is one of the classic tales of leaving the urban world for the wilderness. After giving away his savings and most of his possessions, 22-year-old Chris McCandless disappeared in April 1992 into the Alaskan wilderness in search of a raw, transcendent experience. This is Jon Krakauer's story of his haunting and mysterious disappearance.

“From coast to coast, Americans of every conceivable background had looked up at Eustace Conway on his horse and said wistfully, ‘I wish I could do what you’re doing.’ And to every last citizen, Eustace had replied, ‘You can.'”

If you daydream about escaping into the woods to live in a cabin by a stream, you’ll probably love reading The Last American Man. Although it reads like fiction at times, toeing the line between man and myth, it’s Elizabeth Gilbert’s biography of Eustace Conway who in 1977, at the age of seventeen, left his family’s comfortable suburban home to move to the Appalachian Mountains.

For more than two decades he has lived there, making fire with sticks, wearing skins from animals he has trapped, and trying to convince Americans to give up their materialistic lifestyles and return with him back to nature.

This bestselling memoir is the story of a girl who, despite being kept out of school, finds a way to leave her Mormon anti-government survivalist family and earn a PhD from Cambridge University. Like Where the Crawdads Sing, Educated has similar vibes of introspection, self-discovery, and finding your way as an outsider.

As Alec MacGillis writes for The New York Times, "By the end, Westover has somehow managed not only to capture her unsurpassably exceptional upbringing, but to make her current situation seem not so exceptional at all, and resonant for many others."