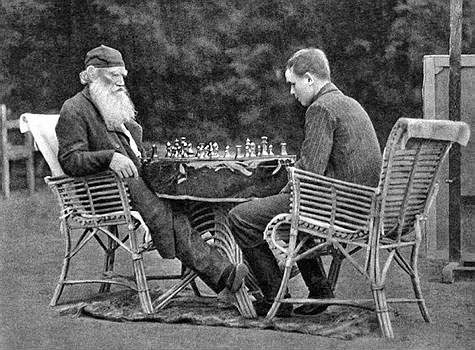 The more I've read about Tolstoy's perfectionist tendencies, the more I've found to relate to, especially when thinking about my younger self. But some other parts of Tolstoy's life and character? Not so much.

In 1847, at the age of eighteen, Tolstoy began a journal he called his "Journal of Daily Activities", as mentioned in Rosamund Bartlett's biography of Tolstoy. In this journal, Tolstoy would set out exactly how many hours to dedicate to study, leisure and meals, leaving space to comment later on his performance.

Some days he kept to his regime, but on others, he did "nothing", "almost nothing", did things "badly", "read Gogol" or "overslept".

I've shared this wonderful list below, including some guidelines that any perfectionist self-improvement junkie can probably relate to, and others that are just plain amusing.

The list gradually expanded, and the following rules were added:

Tolstoy was certainly quite self-absorbed at this point of his life, and it's absolutely questionable whether he succeeded in following his rules. Some of those listed I don't agree with, such as keeping away from women and hindering his (very talented) imagination. Others are amusing to say the least, such as his attempt to keep away from brothels.
I'll note here that Tolstoy was first introduced to brothels at the age of fourteen by his brothers, and went on to have thirteen children with his wife. No matter how hard he tried, he just didn't seem destined for successful celibacy.
Regardless, as a perfectionist I can certainly relate to the process of setting rules for himself. Do you have your own rules for life? If so, do you manage to carry them out over the long-term?


Enjoy more from me