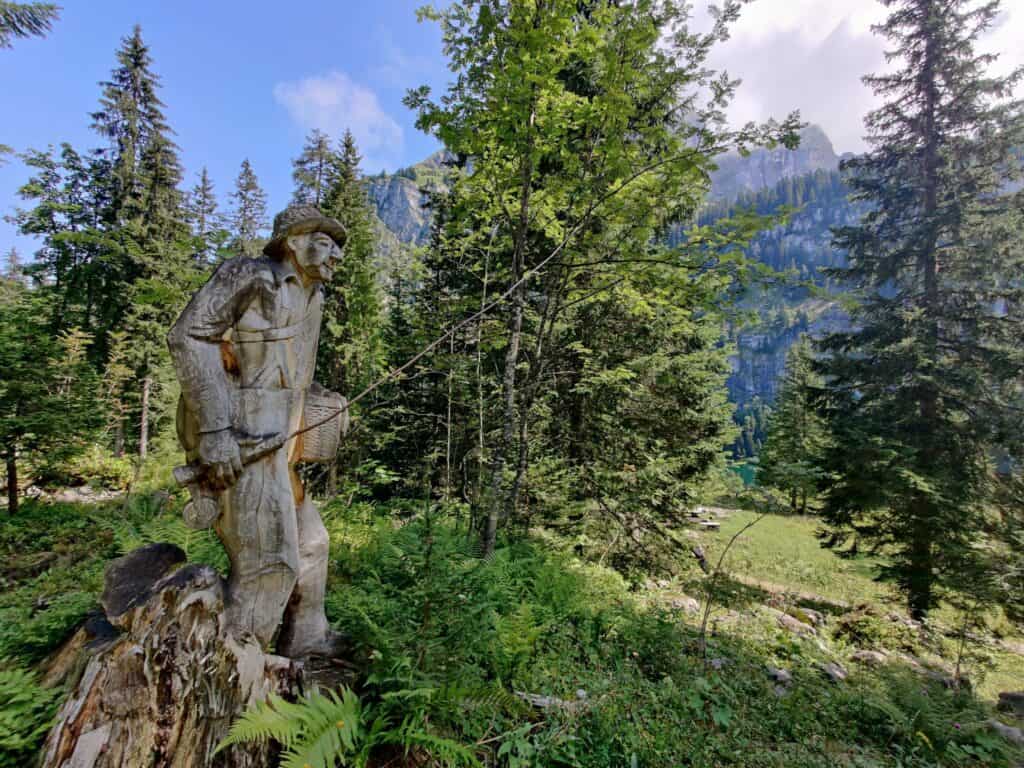 Over on Live Wildly, I recently shared my selection of the most beautiful books for nature lovers. However, in that post I made myself stick to non-fiction. There were just so many books I wanted to share.

This post is my follow-up, offering an excuse to share my favourite fiction set in nature to help you dream of life in the wild.

Living off-the-grid, foraging, self-sufficiency, following the stars, identifying trees... if you love reading about wild nature in novels (yep, I do, a lot), I'm hoping you'll find a few new five-star books from my recommendations below.

Many of these books are about strong and introspective female main characters and explore grounding themes of nature, simple living, and beauty.

If you're a fan of books like The Overstory, Where the Crawdads Sing, and The Great Alone, read on for some more of the best fiction books set in nature.

1. To the Bright Edge of the World by Eowyn Ivey

I first thought of adding the author's bestselling novel The Snow Child to this list, but settled on another of Eowyn Ivey's books, To the Bright Edge of the World.

It's an immersive tale of adventure, love, and survival that transports us back to Alaska in the winter of 1885. War hero Colonel Allen Forrester leads a small band of men on an expedition that has been deemed impossible: to venture up the Wolverine River into the vast, untamed Alaska Territory.

Left on her own at Vancouver Barracks, Allen's newly pregnant wife, Sofie, yearns to travel alongside her husband. Unaware of how much strength and courage the winter will require from her, Sophie – like Allen – is about to uncover truths that will change her life forever. These truths will also change the lives of those who hear their stories long after they're gone.

2. The Bear by Andrew Krivak

The Bear is a magical, peaceful yet painful book about the last two people left on earth: a father and daughter.

The father teaches the girl everything she needs to know to live close to nature – to hunt, finish, build shelter, forage, and find her way by the stars. But when she's left to find her way back home alone, everything she's learned is put to the test.

Luckily, she's guided by an unexpected companion: a bear who teaches her there are lessons all around, if only she'd stop to listen.

If you enjoy reading The Bear, you might also like The Wall by Marlen Haushofer, which has a similar plot (scroll down to the end of this list to read my thoughts).

"The forest was a world of silence. Deep snow had buried all that was in it but the trees, and it looked to her like the world outside her father’s house in seasons when the snow fell there, too, for days at a time and they waited for storms to stop, then built up their own fire, put on snowshoes made of wood and skins, and stepped outside."

Even before I'd finished reading it, I knew Prodigal Summer had become one of my all-time favourite books.

It's one of the best novels set in nature – and one of the best books about women with a deep knowledge of the natural world, be it identifying trees or mosses, discussing the importance of apex predators, or explaining what safe forestry looks like.

"Nannie had asked her once in a letter how she could live up here alone with all the quiet, and that was Deanna’s answer: when human conversation stopped, the world was anything but quiet. She lived with wood thrushes for company."

4. The Overstory by Richard Powers

A paean to the natural world, Richard Powers weaves together interlocking fables that range from antebellum New York to the late twentieth-century Timber Wars of the Pacific Northwest and beyond.

The Overstory is a gateway into the vast, interconnected, and magnificently intricate world that we depend on in so many ways: the world of trees.

“You and the tree in your backyard come from a common ancestor. A billion and a half years ago, the two of you parted ways. But even now, after an immense journey in separate directions, that tree and you still share a quarter of your genes...”

If you enjoyed reading The Overstory (and are desperate to read more books about trees), try reading Greenwood next.

This is Michael Christie's magnificent generational saga that charts a family’s rise and fall and its secrets and inherited crimes, accompanied all the while by one steady presence: trees.

“Maybe trees do have souls. Which makes wood a kind of flesh. And perhaps instruments of wooden construction sound so pleasing to our ears for this reason: the choral shimmer of a guitar; the heartbeat thump of drums; the mournful wail of violins--we love them because they sound like us.”

This is Madeline Miller's stunning retelling of the Greek myth of Circe, daughter of the sun god Helios.

After disobeying the gods, Circe is banished to the island of Aiaia to live alone in the middle of nowhere, close to the woods and surrounded by nature. Here, it turns out, she will develop more strength than anyone could've imagined.

"I learned to plait my hair back, so it would not catch on every twig, and how to tie my skirts at the knee to keep the burrs off. I learned to recognise the different blooming vines and gaudy roses, to spot the shining dragonflies and coiling snakes. I climbed the peaks where the cypresses speared black into the sky, then clambered down to the orchards and vineyards where purple grapes grew thick as coral."

"To enter Damnation Spring, the debut novel by Ash Davidson, is to encounter all the wonder and terror of a great forest," writes Ron Charles for The Washington Post.

When Colleen Gundersen, a mother and amateur midwife in redwood country, notices an increase in local miscarriages, she believes it's caused by the pesticides used by the Sanderson Timber Company. The trouble is that this is the employer of her neighbours and her family.

That includes her tree-topper husband, Rich, who leaves the house each morning to do a job that both his father and grandfather died doing.

Damnation Spring is a compassionate story of a family whose bonds are tested, but also a community clinging to a vanishing way of life in a Pacific Northwest logging town.

8. Where the Crawdads Sing by Delia Owens

One of the most popular books in the girl in wild nature genre from the last few years (especially with the upcoming film adaptation and Delia Owens being wanted for questioning in a murder), Where the Crawdads Sing is the story of quiet and sensitive Kya Clark, the so-called Marsh Girl.

Kya knows more about the marsh she calls home than anyone else in her North Carolina coastal town, having spent her life finding lessons in the sand and watching the gulls. But when Kya becomes the main suspect in an awful crime, it's hard to believe the town will ever be on her side. If you enjoy it, here are 9 other books like Where the Crawdads Sing.

Reddit user BigFatBlackCat writes about the book: "This isn't ground breaking writing, but the author does an incredible job of putting you right into the marsh. I recommend this book for any nature lovers that just want to get wrapped up in a story where nature is its own character."

"Most of what she knew, she’d learned from the wild. Nature had nurtured, tutored, and protected her when no one else would."

Where the Crawdads Sing

9. The Great Alone by Kristin Hannah

The Great Alone is the bestselling story of a city girl who's forced to learn about the land and fend for herself when her abusive father moves the family to Alaska.

Leni, our protagonist, is surprised to find not only a place where she can thrive in the wild, but also a person she'd like to share that home with.

“Winter tightened its grip on Alaska. The vastness of the landscape dwindled down to the confines of their cabin. The sun rose at quarter past ten in the morning and set only fifteen minutes after the end of the school day. Less than six hours of light a day. Snow fell endlessly, blanketed everything. It piled up in drifts and spun its lace across windowpanes, leaving them nothing to see except themselves."

10. The Wall by Marlen Haushofer

In a Reddit thread about grounding books with a female lead that focus on nature, simple living, and beautiful landscapes, user chookity_pokpok shared:

"The Wall by Marlen Haushofer is exactly what you’re looking for. A woman surviving off the land in the Austrian Alps on her own. It’s beautiful."

First published in 1963, The Wall narrates a moving story of an ordinary middle-aged woman who wakes one morning to find that everyone else has vanished. Believing this to be the result of a military experiment gone wrong, she begins the terrifying work of survival and self-renewal in nature.